Cost of life 'not fair for women' 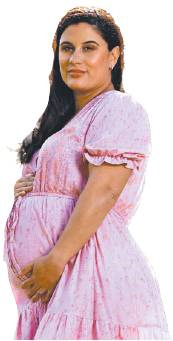 The nation's health insurers are facing explosive allegations they are discriminating against women by forcing them to buy the most expensive Gold policies to get cover for pregnancy.

The National Association of Specialist Obstetricians and Gynaecologists (NASOG) has written to the Human Rights Commission asking for an investigation into the matter it said is "extremely discriminatory towards women".

"In effect, you're being asked to pay a higher premium, just because you're a woman, and that's just not fair, it's anti-woman, it's misogyny in the true sense of the word," NASOG president Dr Gino Pecoraro said.

This means if, as a result of an unplanned sexual encounter, a male with an entry-level insurance policy suffers medical complications such as gonorrhoea, he is covered by his insurer, Dr Pecoraro said.

Private Healthcare Australia (PHA) chief Dr Rachel David said the decision to include pregnancy cover in Gold level polices only was the result of a federal government policy change implemented in April 2019 and was not a decision of health funds.

Brisbane mum Courtney Zamora Arana (pictured) is expecting her third child in July. She pays $6000 a year for top health fund cover and said it was “ridiculous” that premiums kept rising.

Adding insult, she still faces out-of-pocket expenses such as a number of scans, anaesthetist, assistant surgeon and other bills for obstetricians' fees her fund does not cover. "It has just been accepted as the norm that if you require health insurance for pregnancy you have to pay top dollar with no justification … it absolutely needs to be investigated," the 32-year-old said.

"I'm a married woman, I can get pregnant why should I have to pay more for my insurance policy than men my age who can get by with a cheaper policy that covers everything they need? I feel discriminated against.

"All methods of contraception can fail, women need to be reassured they will be covered if they unexpectedly fall pregnant.

"They shouldn't be penalised for bringing life into this world."

A spokeswoman for the Sex Discrimination Commissioner Kate Jenkins said the commission's confidentiality process meant it was unable to comment.

Finding out that you have the gene mutation is