There's a story we're told about women's fertility. Not all of it is true.

If you're in your thirties and the sound of fertility is playing on your mind (in GIANT, SHOUTY, CAPS LOCK), please take a seat. We need to talk.

Because for a really long time we've been sold this whole idea of the 'fertility cliff', yeah? We're told that as we reach age 35, our likelihood of falling pregnant decreases. Dramatically.

You should know what's going in your tampons. But here's why you don't.

If you've been slinking around the interweb as of late, chances are you've seen (or heard) some noise around tampons. Specifically, what's in them.

Stem cells harvested from healthy placentas donated by Brisbane mums are being studied as a potential treatment to reduce brain injury in growth-restricted babies.

Your period seriously affects the way you exercise. Here's how to use it to your advantage

If you're anything like us, exercising is the absolute last thing you want to do when you're on your period. Sit on the sofa and eat tasty things? Yes. Watch comfy TV shows you've seen 322 times? Big yes. Smash out a HIIT class? Hard no. Not once have we ever connected monthly bleeding to anything else other than uncomfy, just-gotta-get-through-it feelings.

There is a lot of misinformation out there when it comes to contraception. A recent survey found that only half (52%) of Australian women feel that they have the knowledge and understanding around all contraception available to them, and a third of women (30%) have used the same type and brand of contraception since they first begun having sex," explains Obstetrician and Gynecologist, Professor Gino Pecoraro.

Tests to consider if you're planning pregnancy

Gino Pecoraro, President of the National Association of Specialist Obstetricians and Gynaecologists, agrees. "It's ideal," he says, "to plan a pre-pregnancy appointment with an obstetrician or GP who has an interest in women's health."

Australian authorities have finally given safety directions for pregnant women regarding Covid-19 vaccinations, and which jab is safe to get.

Pharmacy prescribing is a disturbing trend that may herald the further degradation of quality health care in the future. Substituting core roles of our highly trained medical workforce to other healthcare professionals, not specifically trained in the area, seems to be a favourite way for government to try and cut costs.

Unfortunately, it devalues primary care, disturbs the continuity and totality of care provided by our general practitioners and further lessons the opportunity for preventative health care which is repeatedly quoted by all levels of government as being vital to not only improve the health of all Australians, but manage costs by intervening early and decreasing the need for in-hospital treatment.

'This is what the Nazis wanted to do': Aussie couples are spending $20,000 to choose the eye colour and sex of their children - as the overseas clinic is slammed as promoting 'eugenics'

Australian couples are spending $20,000 to choose the eye colour and sex of their 'designer babies' at an overseas clinic.

But critics have slammed the practice, claiming it is reminiscent of 'what the Nazis wanted to do'.

Dr Gino Pecoraro, a Brisbane obstetrician, said he was 'very alarmed' that anyone would offer eye colour selection through IVF and that it contains frightening implications.

EXPERT REACTION: Nicotine may harm embryos, even if you're not smoking it (Stem Cell Reports*)

Nicotine itself may be damaging to embryos, even without the toxins associated with burning tobacco, according to US research. Exposing embryoid bodies - 'simulated' embryos composed of groups of stem cells that give rise to the brain, heart, liver, blood vessels, muscles and other organs - to a growth fluid dosed with nicotine for three weeks, killed off cells, caused growth defects, increased levels of damaging molecules, and interfered with communication between cells and with normal cell functioning.

Nicotine by itself may harm your unborn baby

Nicotine by itself may harm embryos, even without the toxins from burning tobacco, shows a lab-based study.

"Everyone knows that smoking when pregnant can lead to problems with the baby's growth and long-term metabolic adverse effects in the children born to smoking mothers," UQ's Associate Professor Gino Pecoraro told the Centre. "The mothers also suffer from higher rates of miscarriage and birth prematurity as well as heart and lung issues."

EXPERT REACTION: Nicotine may harm embryos, even if you're not smoking it

Exposing embryoid bodies - 'simulated' embryos composed of groups of stem cells that give rise to the brain, heart, liver, blood vessels, muscles and other organs - to a growth fluid dosed with nicotine for three weeks, killed off cells, caused growth defects, increased levels of damaging molecules, and interfered with communication between cells and with normal cell functioning, according to US scientists. The findings suggest nicotine itself is damaging to embryos, even without the toxins associated with burning tobacco, and it's harmful at every stage of development, even before embryos adhere to the uterus wall, the researchers say. However, the authors concede that these 'simulated' embryos don't necessarily reflect the environment inside the body of a pregnant woman.

Nicotine itself may be damaging to embryos, even without the toxins generated by burning tobacco, according to US research.

Another Australian researcher, Gino Pecoraro from the University of Queensland, adds that the findings add further weight to the understanding that smoking and pregnancy are a very bad combination.

When it comes to the crunch women are on top

IT HAS certainly been a tumultuous time in Australian politics. Those of us in the profession are grateful for at least some stability with the maintenance of the pre-coup Health Minister, but spare a thought for the thousands of public servants whose work lives have been thrown into chaos by the most recent political machinations and manoeuvres.

Organisational change of itself, and its associated job insecurity, is known to potentially have adverse effects on the health of workers.

British research undertaken at a time of rapid government department change and reorganisation (late 80's), specifically looked at the health effects of 7500 thousand public servants and reported some interesting findings based on questionnaire recorded symptoms.

Men experienced significant worsening of chronic illness, sleep disturbance, minor psychiatric symptoms and symptoms overall in the two weeks before the questionnaire was administered. Women on the other hand, reported smaller increases in symptoms but importantly, also mild beneficial changes in some health-related behaviours such as exercise.

Both groups reported an increase in body-mass index suggesting "stress eating" was occurring and some staff of both genders experienced significant rises in blood pressure. Studies such as these, add further support to the theory that women are somehow genetically programmed to better cope with stress than men. German university students in the noughties had levels of cortisol (the stress hormone) in their saliva measured during mock job interviews and while performing mental arithmetic. Males in the group recorded higher levels of cortisol than their female counterparts.

Last year, American researchers analysed over 8000 tennis matches played by both men and women for errors that occurred during pivotal parts of the games. The results consistently found that all men were more likely to make mistakes under pressure but women had varied results. Even if women did demonstrate decreased performance, the change was only half that seen in men. Far from being the weaker sex it seems, women may be better able to deal with the stresses that modern working conditions induce.

Perhaps a better balance of genders in the workplace (and in our government structures) may make for teams that are more flexible and readily adaptable.

This may be another reason why corporate Australia recommends more women should be on company boards.

Hospital versus home - A/Prof. Gino Pecoraro in the news

Mothers over 35 account for 40% of maternal deaths in Australia: study 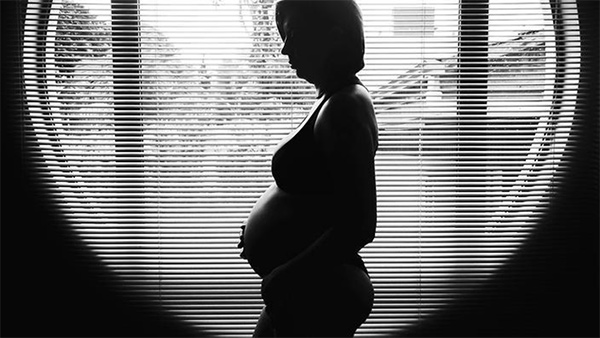 A new study released in the medical journal, The Lancet, has found older mothers account for a significant portion of maternal deaths in Australia.

Despite only accounting for around 23 per cent of all childbirths in the country, the study found mothers over the age of the 35 made up 40 per cent of all maternal deaths.

The number is high in comparison to other childbearing years, with women only having a 5 per cent monthly chance of conceiving once they reach 40.

The number of mothers over 35 in Australia has increased dramatically from just 5.5 per cent in 1975, the study also showed. It is the second highest figure in the world for older-age births, falling behind Spain.

A/Prof. Pecoraro was recently awarded the Distinguished Service Medal Award for his significant contribution to The Royal Australian and New Zealand College of Obstetricians and Gynaecologists (RANZCOG). He was felicitated on 27 May 2016 at a dinner function held at the Brisbane Convention & Exhibition Centre after being unanimously elected by the RANZCOG Honours Committee.

A heavily pregnant Victoria Beckham has been accused of putting her unborn child at risk after wearing a pair of stilettos to a red-carpet event in Los Angeles.

What is cord blood and what is its potential to treat diseases?

New parents are often encouraged to keep their baby's cord blood - but not every medico thinks there's value in hanging on to what was once considered waste.

A/Prof. Gino Pecoraro is an obstetrician and he's the presidnet of the Australian Medical Association in Queensland.

Finding out that you have the gene mutation is